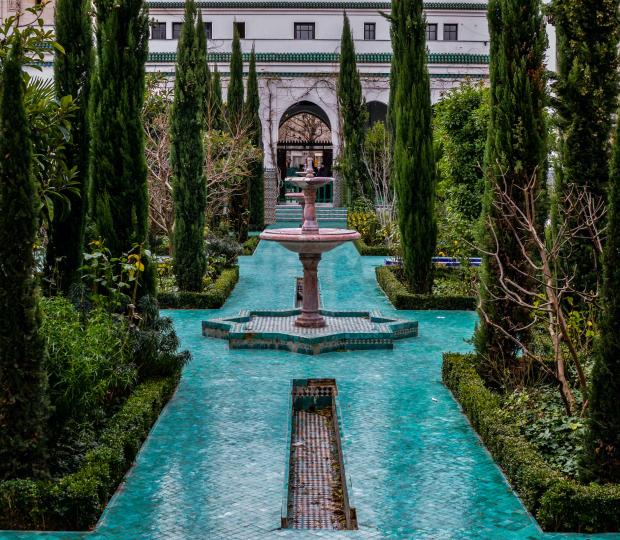 A quick tour of the Grand Mosque of Paris

A few Metro stops from the Hotel Le Six, located opposite the Jardin des Plantes, stands the proud minaret of the Grand Mosque of Paris, where mosaics, lush gardens and honey pastries await you!

The Grand Mosque of Paris; in homage to Muslim soldiers

It was not long after the First World War, in 1920 to be precise, that a law was passed calling for the construction of a state financed mosque in Paris. The decision followed on from much earlier discussions (the project was first mooted in the 1840s) but the idea really began to gain impetus in 1915 and even more so in the aftermath of the Battle of Verdun. This was when it became a matter of recognising the contribution of the Muslim combatants in the trenches and paying homage to their courage and sacrifice by building a beautiful place of worship rather than a memorial. Several architects submitted plans, drawing inspiration from the most beautiful mosques in the Maghreb, and the finest Moroccan artisans took care of the interior decoration. In 1926, the Grand Mosque was inaugurated!

Beyond the skilfully carved porch, the enchantment begins with the main courtyard (rhiad) and its Andalusian garden. Sculpted arcades, fountains sparkling amidst flowerbeds, eucalyptus, palm trees and pomegranate shrubs with bright orange flowers take you into another world, right in the heart of Paris. You will discover with delight the door of cedar wood where verses from the Koran are inscribed, the large patio where the faithful perform their ablutions, the rich decorations of coloured ceramics, the ornate wooden ceilings of the library, the impressive rosettes of mosaic. Green, ochre, blue and white are prominent in a decor that is at once splendid and sober. A setting as beautiful as it is soothing. Here in the largest mosque in France, you’ll delight in sitting and sipping a mint tea served in the garden. 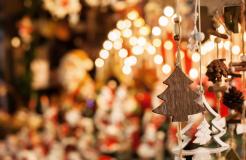 The village spirit of the Saint-Germain-des-Prés Christmas market 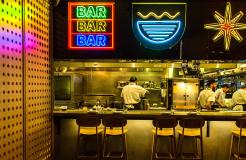 The new meeting place for gourmets: the Food Society